I don't have much time for a gig review because I have COURSEWORK TO DO, but Adrenaline Mob was awesome. They were playing in a tiny venue holding 620 people when full (Tutu's at King's College Union - a place Richard knows well from his misspent youth doing sound & lighting there instead of studying), but no more than 400 tickets were sold. The individual band members range from "quite well known in certain circles" to "actually very famous". (Most people into prog, rock or metal have heard of Dream Theater, the band Mike Portnoy co-founded). And yet, rather than throwing diva-esque tantrums about their new supergroup not getting much publicity, the four band members were having the time of their lives. They played so hard that we were showered in their sweat, made genuine eye contact with individual members of the audience, shook hands, bumped fists, posed for photos while playing - all the stuff you can't possibly do in an arena.

If you get the chance, and are at all interested in metal, check them out. Really. They won't stay this small forever.

Anyway, now you can see what Mike Portnoy did to Paploo's t-shirt! M is for Metal + Mike indeed. 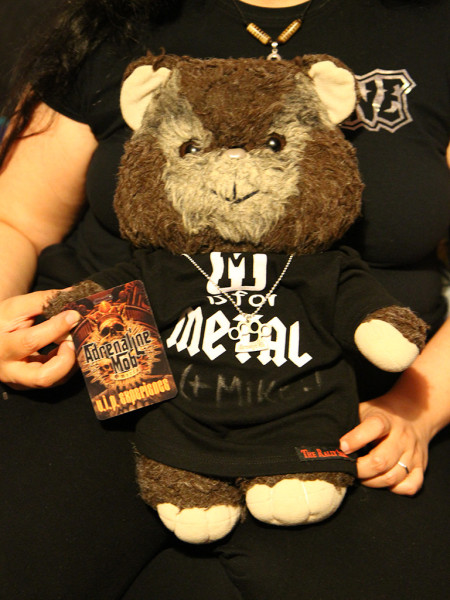